12. What is the most common type of plastic found in the ocean? Styrofoam

14. What is the hottest place on Earth? Death Valley

15. How many days does it take for the Earth to revolve around the Sun? 365

18. There are 12 times more trees on Earth than stars in the Milky Way. True

20. What makes up nearly 80% of the Earth’s atmosphere? Nitrogen

21. The Great Barrier Reef is found off the coast of which country? Australia

22. Most of Earth’s breathable air comes from where? The ocean

24. Recycling one glass bottle saves enough energy to power a light bulb for how many hours? 4

25. How many times can a piece of paper be recycled? 6

26. What item can be composted and turned into food for your garden? Eggshells, aluminum foil, or bacon grease

27. Which is the greenest form of transportation? Bike

28. How many major tectonic plates cover the Earth? 7

29. What is Earth's natural satellite called? The moon

Celebrate World Environment Day by playing our new Only One Earth featured room with 40 rounds of Trivia and Picture Trivia! 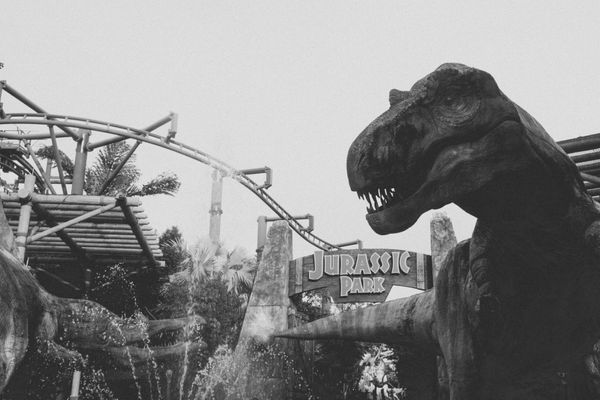 With Jurassic World Dominion completing the Jurassic World Trilogy, here are 20 questions about the film franchise from the past 30 years to jog your memory!

Celebrate Pride Month with these LGBTQ+ history and pop culture trivia questions! When did the Red Ribbon Project start? What year were the Stonewall Riots?